Falken Tyre Europe GmbH is pleased to announce that Team FALKEN Motorsports will be competing in one of the world’s biggest touring car races: the Nürburgring 24h-Race (Official Name:49th ADAC TOTAL 24 h-Rennen), which will be held this coming June 3rd through 6th in Nürburg, Germany. 2021 is the tenth consecutive year in which Team FALKEN Motorsports has fielded Porsche racecars at the Nürburgring 24h-Race, and this year, the team will once again be gunning for the win in twin Porsche 911 GT3R racecars, each outfitted with the latest high-performance specifications.
At the same time, as an Official Sponsor of the Nürburgring 24h-Race, FALKEN is proud to play a part in bringing so much excitement to so many racing fans throughout the world.

Team FALKEN Motorsports has competed in the Nürburgring 24h-Race, which is widely considered to be the world’s toughest endurance race, since 1999. Last year, fog and heavy rains (which at one point brought the race to a halt) made the already extremely grueling course all the more difficult, to the point where reaching the finish line at all was a huge challenge in and of itself. Nevertheless, thanks to the reliable high performance of FALKEN tires and the outstanding hard work of our entire racing team, the two Porsche racecars decked out in FALKEN colors not only finished the race, but even placed tenth and eleventh overall.
This year, Team FALKEN Motorsports has already competed in the Nürburgring Endurance Series (which was held on the same course on May 1st), placing third overall in the third race of the series. Not only that, but the team also excelled in the qualifying race for this year’s Nürburgring 24h-Race (which was held over the May 8-9 weekend), pulling ahead of many fierce competitors to place sixth overall. Team FALKEN Motorsports is now making final adjustments based on data gathered during these recent races so that they will be in top form, ready to compete for the win in the main event: next month’s Nürburgring 24h-Race.

■Nürburgring 24h-Race Profile
Taking place at the Nürburgring, which is also famously used as an R&D test track for automobile and tire manufacturers, this 24-hour endurance race is considered by many to be the world's toughest race. At around 25km per lap, the race makes use of the Nürburgring's full course, combining the Nordschleife, which features an elevation difference of 300m between its highest and lowest points as well as some 170 corners (including blind corners), and the more modern Grand Prix Circuit, which has also been used for F1 racing. 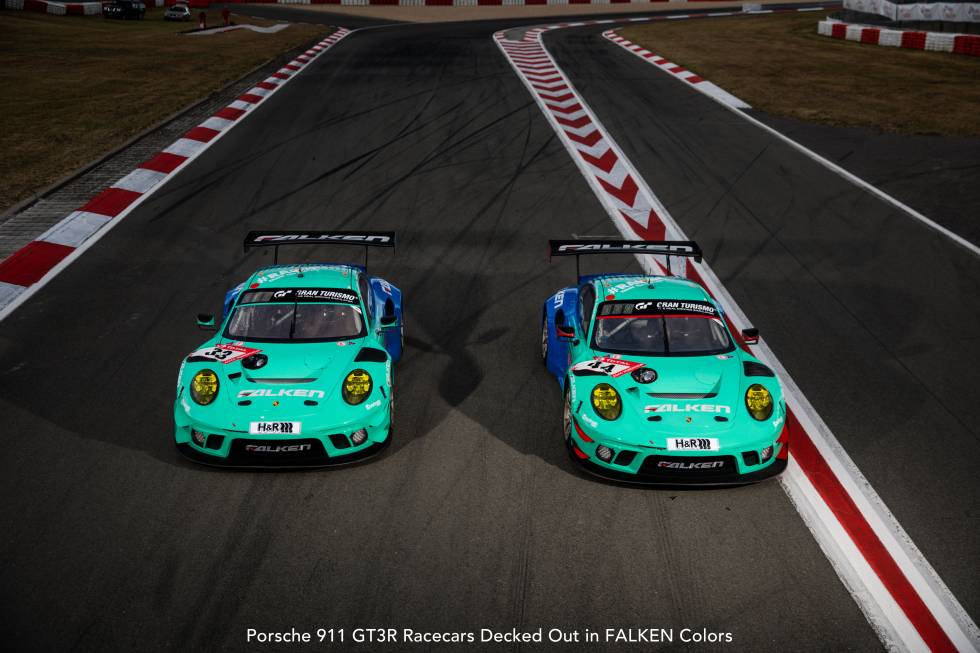 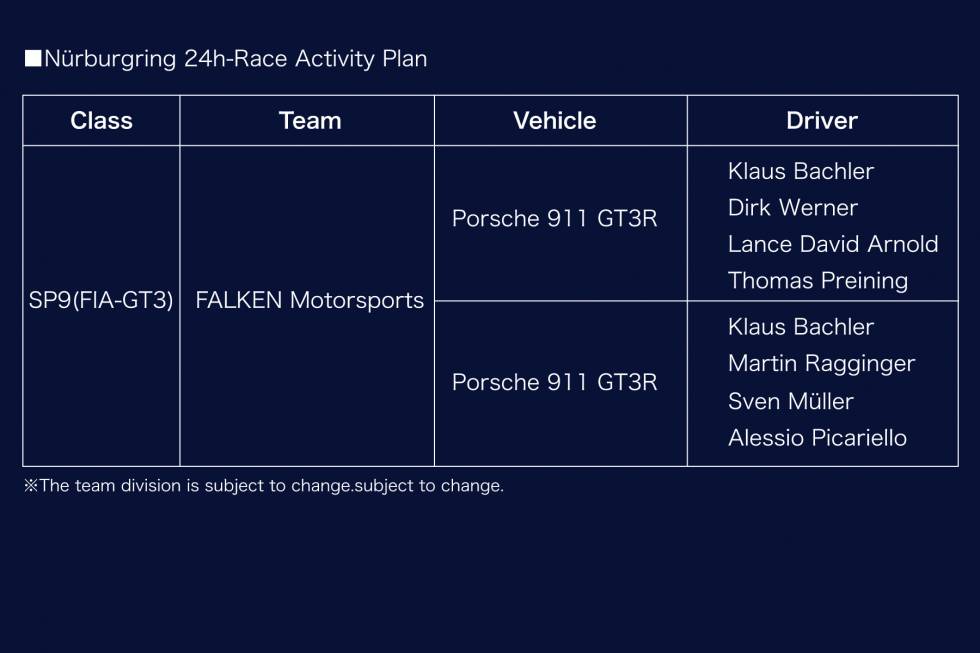