The racing team of Falken competed in the recent Nürburgring 24h-Race (Official Name: ADAC TotalEnergies 24h Nürburgring), which was held in Nürburg, Germany this past May 26 through 29. Of the two Porsche 911 GT3R racecars that Team FALKEN Motorsports fielded, Car No. 33 finished the race in ninth place overall, which was not only the highest placement of any Porsche racecar competing in this year’s race, but also marked the ninth consecutive year in which Team FALKEN Motorsports has finished in the Top 10.

The twin Porsche 911 GT3R racecars decked out in Team FALKEN Motorsports colors started out the race in 25th place (Car No. 33) and 33rd place (Car No. 44), respectively. While this year’s race kicked off under clear skies, drastic changes in conditions made for a particularly challenging race in the end. In particular, drivers had to contend with sharp fluctuations in road temperatures between day and night as well as a sudden downpour on day two, which resulted in several crashes throughout the race. These tricky environmental factors, coupled with the already extremely challenging Nürburgring course, made this year’s Nürburgring 24h-Race quite difficult to finish at all. Nevertheless, Car No. 33 made it through 24 hours and some 3,984 kilometers of extreme driving to not only finish the race, but to finish in ninth place overall, all thanks to the outstanding overall performance provided by our FALKEN tires when it came to grip (on both wet and dry road surfaces), endurance and more. Meanwhile, however, Car No. 44 and the also FALKEN-equipped “SUBARU WRX STI NBR CHALLENGE 2022” racecar that was fielded by “SUBARU TECNICA INTERNATIONAL” (competing in the SP3T Class) ultimately ended up having to retire before they could complete the race. 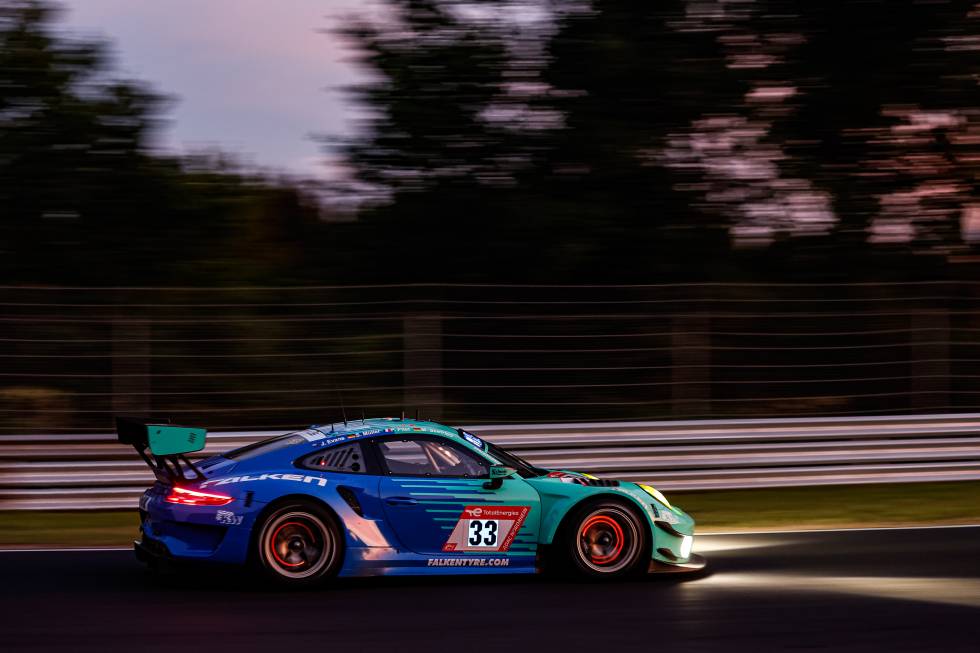 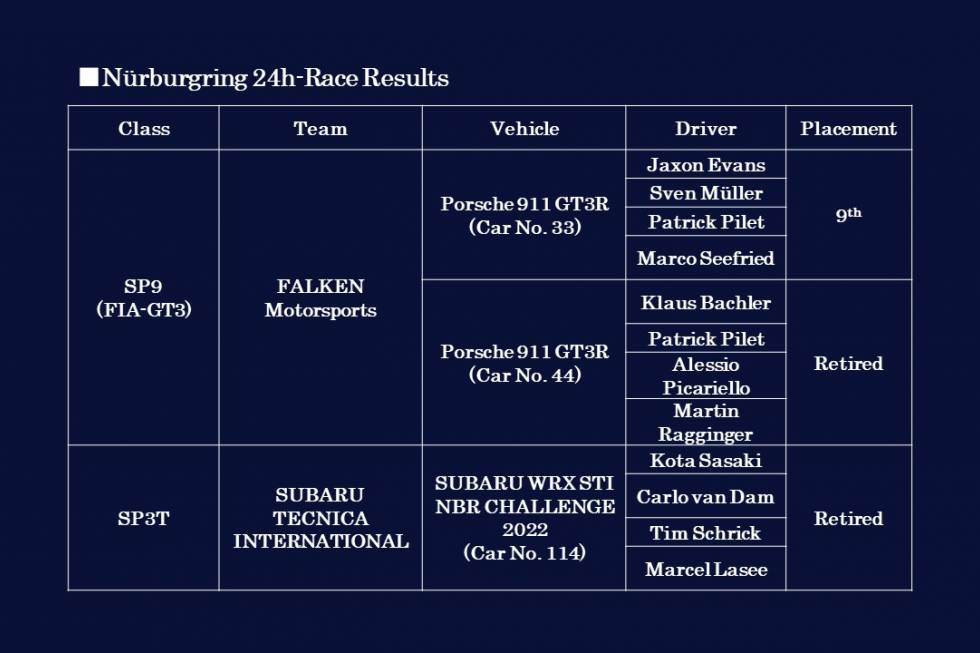