FALKEN to Compete in the “Nürburgring 24h-Race”

FALKEN Tyre Europe GmbH, will be competing as “Team FALKEN Motorsports” in one of the world’s premier touring car races: the Nürburgring 24h-Race (Official Name: ADAC TotalEnergies 24h Nürburgring), which will be held this coming May 26th through 29th in Nürburg, Germany. In this year’s race, Team FALKEN Motorsports will once again be gunning for the win with twin Porsche 911 GT3R racecars.
At the same time, as an Official Sponsor of the Nürburgring 24h-Race through our FALKEN Brand, the Sumitomo Rubber Group is also proud to play a part in bringing so much excitement to so many racing fans throughout the world.

We are also supplying our high-performance FALKEN Brand tires to SUBARU TECNICA INTERNATIONAL, who will be competing in the SP3T Class for the first time in three years with a brand-new SUBARU WRX STI NBR CHALLENGE 2022 racecar. Through such high-profile exposure at this year’s Nürburgring 24h-Race, we hope to further enhance the value of our FALKEN Brand, which has already gained widespread popularity throughout Europe and North America.

FALKEN has competed in the Nürburgring 24h-Race, which is widely considered to be the world’s toughest endurance race, since 1999. At last year’s race, thick fog and torrential rain (which got so bad that the race had to be put on hold at one point) made the already punishing race course all the more daunting, meaning that simply reaching the finish line was an enormous challenge in and of itself. Nevertheless, the two racecars decked out in FALKEN colors not only finished the race, but even placed fourth and ninth overall, all thanks to the reliable high performance of FALKEN tires and the outstanding hard work and brilliant strategizing of our entire racing team.
This year, Team FALKEN Motorsports left many powerhouse teams in the dust to place sixth overall at the qualifying heats for this year’s Nürburgring 24h-Race, which were held this past May 8th. After taking full advantage of the data collected during their strong showing in the qualifying heats to make some final adjustments, Team FALKEN Motorsports will be in top form, fully ready to compete for the win in the main event: this year’s Nürburgring 24h-Race.

In order to develop optimized tires for Team FALKEN Motorsports, we took full advantage of our advanced simulation technology, which enabled us to significantly reduce overall development time. This involved creating precise digital models of tires designed to have certain performance traits as well as the actual racecars that would be equipped with these tires. These digital models were then made to run on a virtual “Nürburgring 24h-Race Course” under every imaginable set of conditions that may be present on the day of the actual race. By painstakingly simulating vehicle behavior, tire properties and tire wear progression under various conditions, we were able to gain a better understanding of how tire performance would change during use so that we could use this understanding to develop even better tires.
In the past, we had to manufacture countless prototype tires and subject each of these to a lengthy evaluation process involving both laboratory testing and actual vehicle testing. Now, thanks to our active use of simulation technology, the development process has become much more efficient and requires the production of far fewer prototype tires.

Meanwhile, SUBARU TECNICA INTERNATIONAL will be gunning for their seventh victory to date in the SP3T Class this year, fielding a new SUBARU WTX STI NBR CHALLENGE 2022 racecar that has undergone numerous improvements for more advanced overall performance, including rebalanced vehicle body stiffness with the addition of reinforcement, a larger fuel tank plus optimized fuel control, an optimized setup configuration for its vehicle weight, a newly added collision prevention alarm system, an improved telemetry communications system, newly adopted electric power steering and more. Sumitomo Rubber Industries has also made various improvements to the structure, etc. of the FALKEN tires that we are providing to SUBARU TECNICA INTERNATIONAL in order to contribute to the further advancement of this already outstanding racecar by enhancing performance in terms of grip, steering stability and more.

■Nürburgring 24h-Race
Taking place at the Nürburgring, which is also famously used as an R&D test track for automobile and tire manufacturers, this 24-hour endurance race is considered by many to be the world's toughest race. At around 25km per lap, the race makes use of the Nürburgring's full course, combining the Nordschleife (North Loop), which features an elevation difference of 300m between its highest and lowest points and some 170 corners (including blind corners), and the more modern Grand Prix Circuit, which was also used for F1 racing. 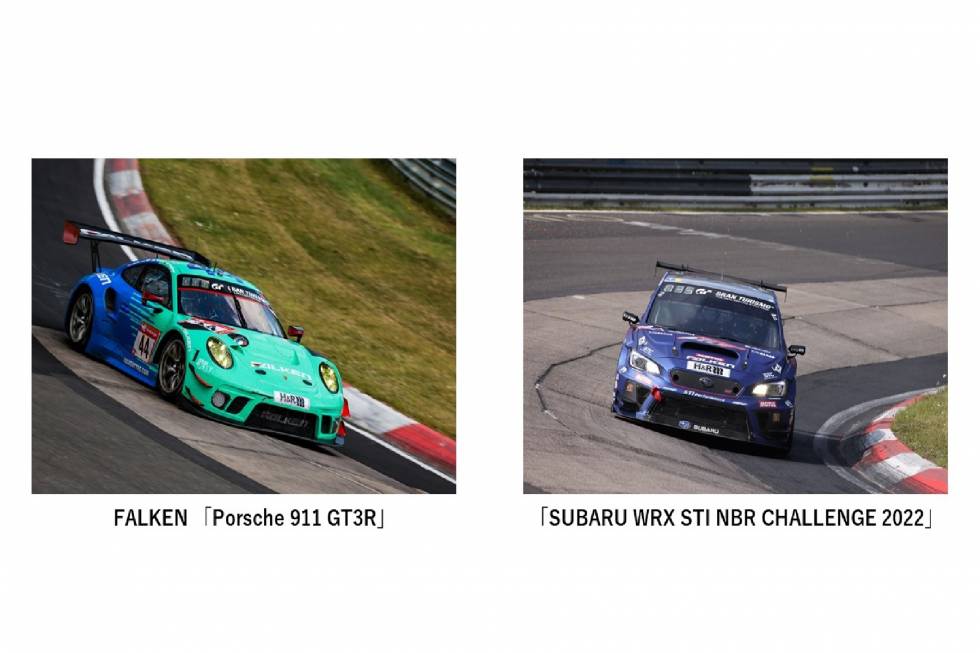 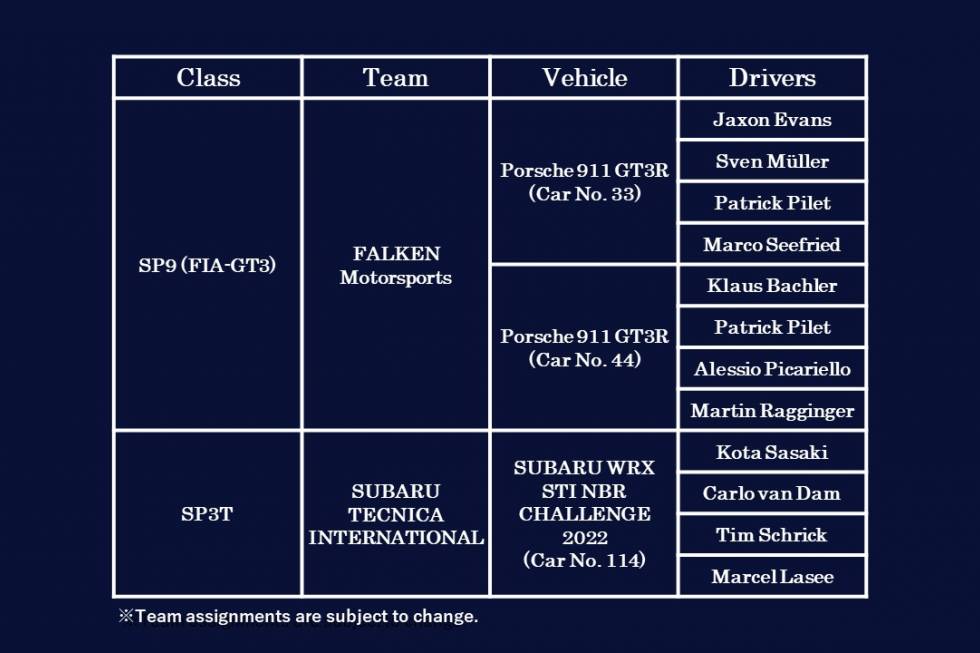