We pleased to announce that we have begun supplying our high-performance FALKEN "ZIEX ZE001 A/S" tires to SUBARU Corporation for use as factory standard tires on their new "FORESTER" (model for North American and Chinese markets), which goes on sale this fall.

Our FALKEN "ZIEX ZE001 A/S" all-season tires were specifically designed to draw out the full performance potential of SUBARU's new model FORESTER. Thanks to the adoption of an asymmetrical tread pattern, these all-season tires feature an optimized distribution of rigidity throughout the tread, allowing them to provide not only the high all-road performance one would expect of SUBARU's latest model FORESTER, but also balanced high performance in terms of both steering stability and riding comfort. 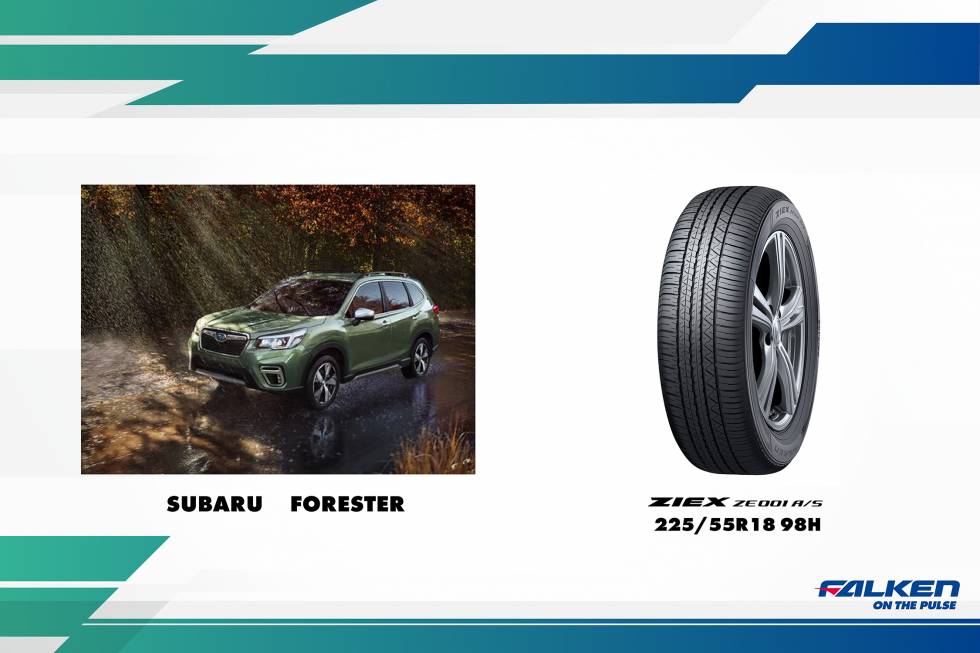