We are pleased to announce that Team FALKEN’s Master Class pilot Yoshihide Muroya, whom we are proud to sponsor through our FALKEN brand, has placed second in the first race of this year’s Red Bull Air Race World Championship, which was held this past February 2 (Fri.)~3 (Sat.) in Abu Dhabi, United Arab Emirates.
The only pilot from Asia competing in the Master Class of the Red Bull Air Race Championship, Yoshihide Muroya won a personal best four out of eight races in last year’s season as he soared to victory to become World Champion. In the first race of this year’s season, Mr. Muroya once again demonstrated his fantastic high-speed, high-precision flying skills from the preliminary heat up through the main event to place an impressive 2nd for yet another podium finish. The next race will be held 21-22 April in Cannes, France, so we hope that you will continue to watch and cheer for Mr. Muroya as he soars toward victory with his sights set on capturing the World Champion title for a second consecutive year. 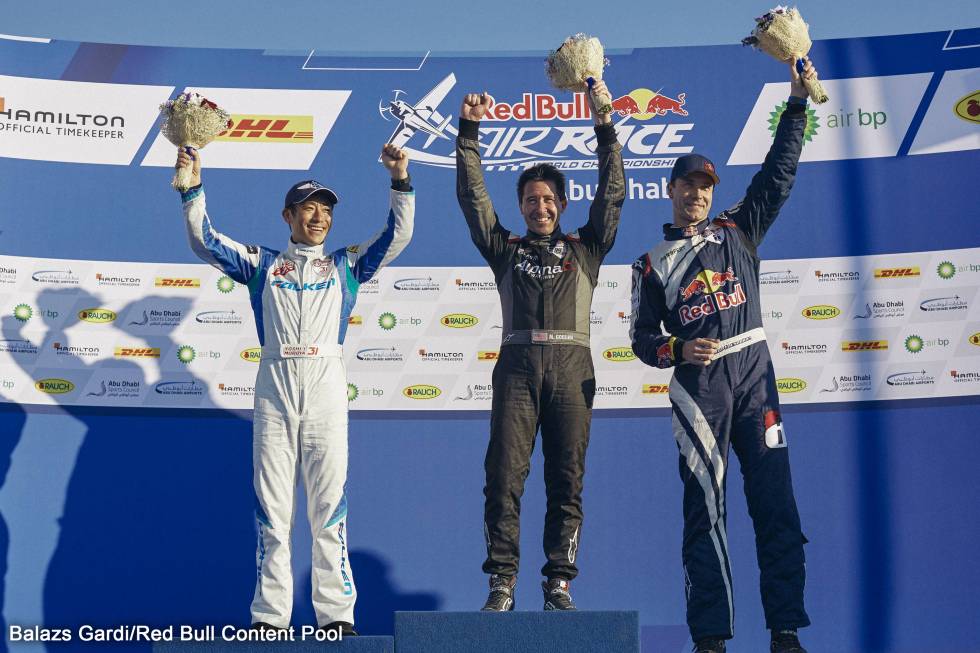 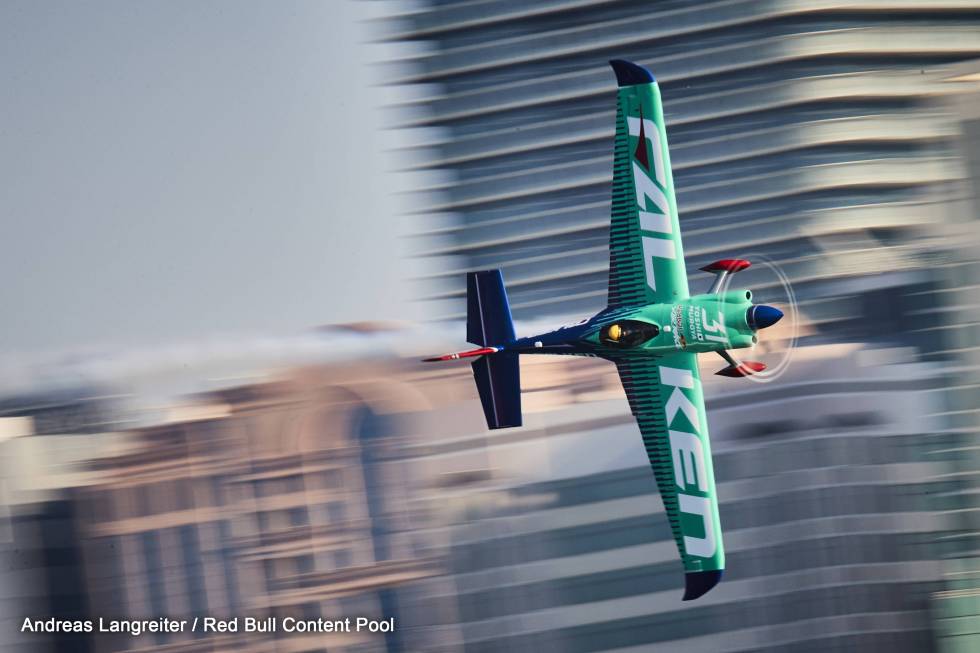