FALKEN is pleased to announce that FALKEN “AZENIS FK510” and “ZIEX ZE310 ECORUN” tires have received the No. 1 and No. 3 ratings (respectively) in tire wear testing conducted by Europe’s largest automotive federation: ADAC (Allgemeiner Deutscher Automobil-Club e.V. (English: General German Automobile Club)).
ADAC’s testing involved measuring the quantity of wear particles* generated when driving a fixed distance and included three typical sizes of both summer and winter tires from 15 different tire manufacturers. Out of all of the tires tested for each typical size, our FALKEN “AZENIS FK510” tires produced the fewest wear particles for its size and so received the No. 1 rating for wear resistance among tires of size 225/40R18, while our FALKEN “ZIEX ZE310 ECORUN” tires received the No. 3 rating among tires of size 185/65R15.

Through the active development of tires that feature outstanding performance in terms of wear resistance, FALKEN is proud to be making a meaningful contribution to the reduction of the overall environmental impact of automobiles. Both of these highly rated tires were developed using our proprietary “4D NANO DESIGN” and “ADVANCED 4D NANO DESIGN” new materials development technologies, which utilize cutting-edge simulations to analyze and understand the behavior of polymers within tire rubber at the molecular level in order to provide top-notch performance when it comes to both safety and the environment.

*Test tires were weighed both before and after driving, and the difference in weight between measurements was presumed to be the quantity of wear particles generated as a result of driving. 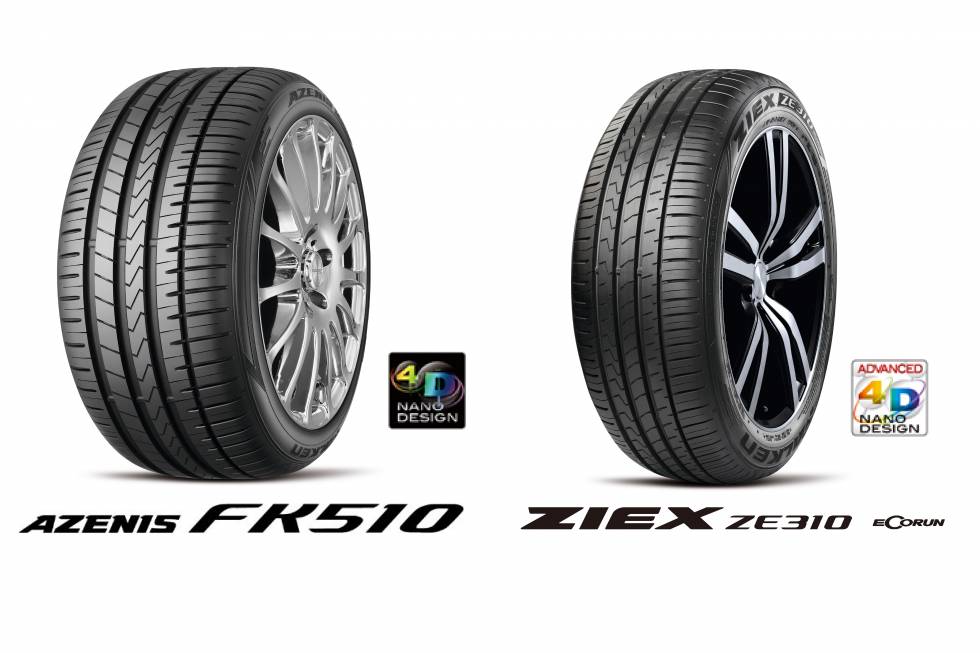