We are pleased to announce that FALKEN Motorsports competed in the recent Nürburgring 24h-Race (Officially: the ADAC TOTAL 24-Hour Race), which was held in Nürburg, Germany this past September 24 through 27. Team FALKEN Motorsports fielded two Porsche 911 GT3R racecars (#44 and #33) in this year’s race, and both cars not only completed this challenging touring car race (one of the world’s largest and toughest endurance races), but also placed 10th (#44) and 11th (#33) in the overall rankings.

The FALKEN Motorsports Porsche 911 GT3R racecars started the main race with #33 in 21st place in the starting lineup and #44 in 47th place. The weather was also not on their side; fog blanketed the course and the race even had to be suspended at one point due to heavy rains, which also made the track quite slippery. As a result of this inclement weather, many crashes occurred over the course of this year’s race.
These tricky environmental factors, coupled with the already challenging Nürburgring course, made this year’s Nürburgring 24h-Race especially difficult to finish at all. However, backed by the reliable high performance of our FALKEN tires, FALKEN Motorsports came together as a team to harness their full performance potential. Thanks to this outstanding teamwork, the two Porsche 911 GT3R racecars that were decked out in FALKEN Motorsports colors not only completed the race, but also managed to place 10th (#44) and 11th (#33) overall. 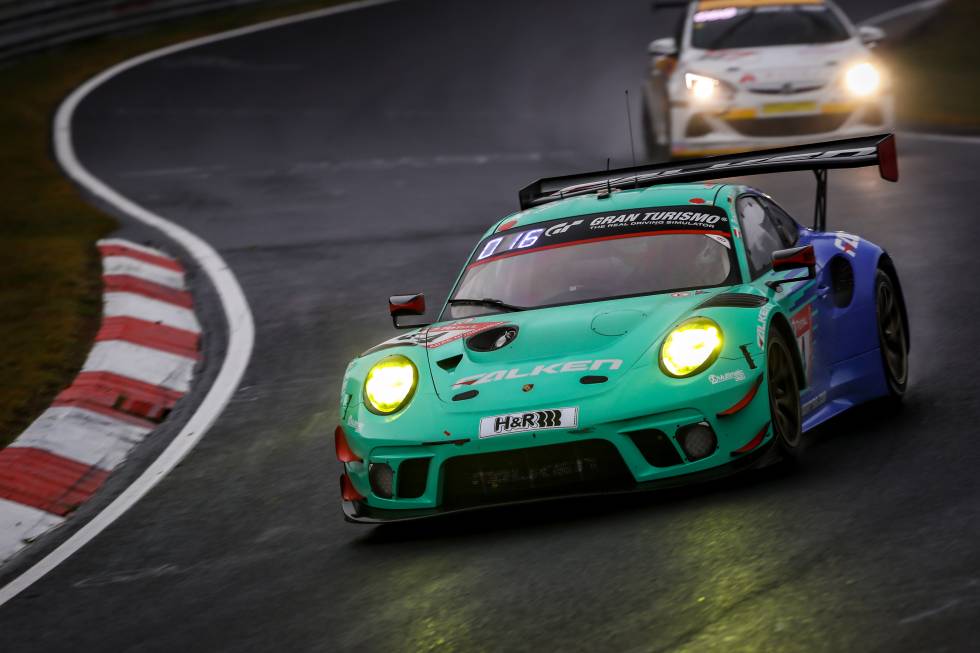 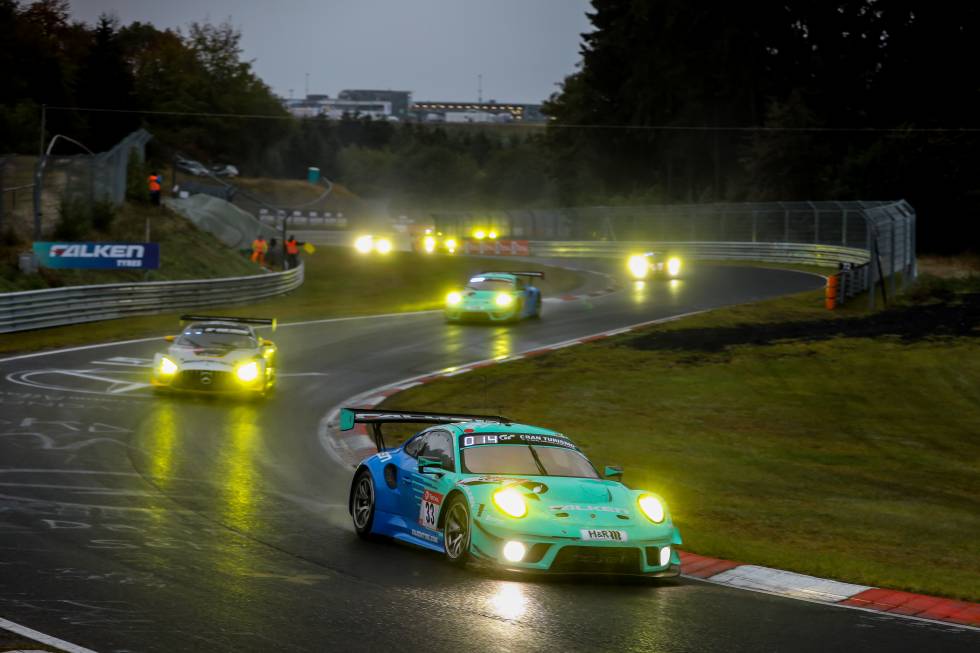