FALKEN is pleased to announce that Team FALKEN’s Yoshihide Muroya claimed his third victory of the season in the fourth and final race of the Red Bull Air Race World Championship 2019, which was held this past September 7-8 weekend in Chiba, Japan. We FALKEN have been proud to sponsor this remarkable pilot as he competed in the Master Class in this year’s season, soaring to second place in the overall rankings for the season.

The only pilot from Asia competing in the Master Class in the Red Bull Air Race World Championship, Mr. Muroya suffered a setback when he lost the first round of the finals. However, thanks to a strong showing in the consolation race, he was able to advance to the second round, which he handily won. He then proceeded to demonstrate his fantastic high-speed, high-precision flying skills once again in the Final 4 round to capture victory in the Chiba Race, making him the runner-up of this year’s season.
Our global FALKEN brand is widely renowned for high-performance tires developed using the latest cutting-edge technologies and further refined through our active participation in competitive motorsports and our ongoing efforts to fulfill the exacting demands of international automakers. Meanwhile, Yoshihide Muroya is an outstanding pilot whose hard-won skills have taken him to competitions around the world. Recognizing the strong compatibility between this remarkable pilot and FALKEN's own brand image, the Sumitomo Rubber Group has been proud to support Mr. Muroya for the past five consecutive years. Through our sponsorship of Mr. Muroya, we are working to promote FALKEN’s image as a youthful and energetic brand.

■Red Bull Air Race World Championship
The Red Bull Air Race World Championship is an aerial motorsport series that demands a combination of speed, precision and skill. Using the fastest, most agile, high performance race planes, pilots compete in iconic locations over water and land. The high speed, low altitude and extreme manoeuvrability required make it only accessible to the world's most exceptional pilots. Flying just metres from the ground, 14 Master Class pilots race against the clock whilst reaching speeds of up to 370 km/h, requiring a combination of precision and skill unmatched in the world of aviation. Pilots must be in peak physical condition as they endure forces up to 12G while navigating the technical racetracks made up of air-filled pylons. The Air Race was developed in 2003 and is accredited by the Fédération Aéronautique Internationale (FAI), with more than 90 races completed across five continents. As the most advanced aerial challenge in existence, competing in the Red Bull Air Race World Championship is the highest accolade for elite pilots. A Challenger Cup feeder series was introduced in 2014 with the goal of facilitating the development of the unique skills required for the Master Class for the next generation of pilots. 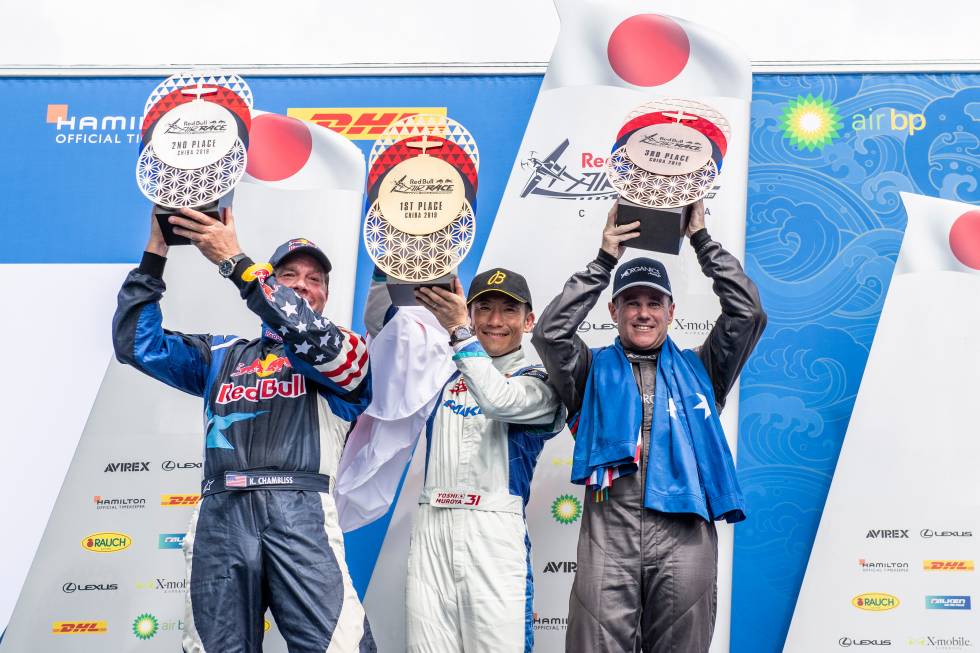